With the introduction of a t-shirt with the phrase “Gold Digging” emblazoned in bright, gold lettering, Nike sparked criticism. The shirt, which was a part of Nike’s “Sportswear” range, drew criticism on social media. Many people accused the company of endorsing misogyny and celebrating consumerism.

The backlash was immediate, with many demanding that Nike be boycotted and that the garment be taken off the shelves. In response, Nike apologised for any harm the shirt may have caused and said it would remove the item from its physical shops and online marketplaces.

While Nike’s intention with the shirt may not have been to promote misogyny or glorify materialism, the phrase “Gold Digging” has long been used as a derogatory term to describe women who are perceived as being interested in men solely for their money. As such, the use of the phrase on a shirt marketed to a wide audience was seen as highly inappropriate and offensive. 😟 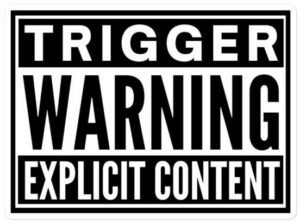 In today’s society, it is more important than ever for companies to be mindful of the messages they are promoting and the potential impact they may have on their audience. Nike’s decision to pull the controversial shirt was a step in the right direction, and a reminder that words and phrases can have a powerful impact and should be used with care. 🧐

But since here on PYGear.com, we don’t care about politically correctness and roughing some feathers from time to time. We created and offered the infamous tee up for sale. Evidently we didn’t included the trademarked Nike swoosh into our design.

Our version of the Gold Digging t-shirt is also available in unisex. Since gold digging is not only reserved to Anna Nicole Smith, Heather Mills and Donald Trump’s wives. Men can marry well too! Some famous examples of men “marrying money” are politicians John McCain and John Kerry, Kevin Federline, and J-Lo ex-husband/waiter Ojani Noa. 🤑

Any way, whether you’re a man or a woman you should wear this shirt with pride or as a joke. Or simply offer it as a gag gift. 😂