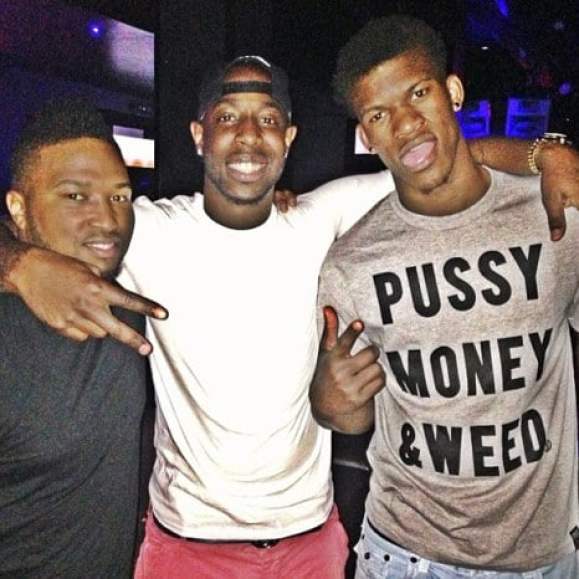 Back in the summer of 2013, a viral picture appeared on the web, NBA Chicago Bulls player Jimmy Butler wearing a very cool T-shirt that bore the holy trinity of a baller’s life: “Pussy, Money & Weed.” Isn’t what life is all about?!

“Pussy, Money & Weed.” is a reference to a title of a Lil Wayne song. Unfortunately, some fucking snowflakes were offended by the awesome T-shirt. So, thanks to the highly corporated environment of the NBA, Jimmy Butler had to apolozige for his wardrope misstep.
To appease the NBA’s corporate jackasses and the offended snowflakes, Jimmy Butler tweeted that the salacious nsfw t-shirt was the only one that matched his grey shoes.